Our experts will reply you very soon.

Things To Know About Benzyl Chloride 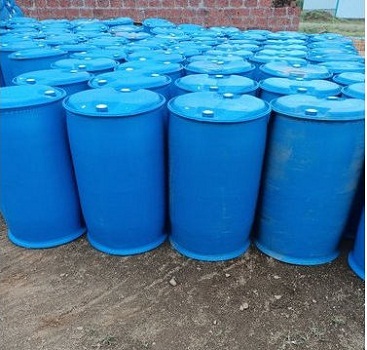 Benzyl chloride is a colourless liquid with an irritating odour. It is extensively used in the chemical building block. Benzyl chloride is used as a chemical intermediate that is required to manufacture a certain type of dyes and pharmaceutical products, plasticizers, flavourings, perfumes and can also be used as a photographic developer. Some other uses of the applications of Benzyl Chloride in the chemical industry can be as a sanitizing agent, as a major ingredient in pharmaceuticals, paints, and even in fuels. Here a few things to know about benzyl chlorideNature of Benzyl Chloride

Benzyl chloride is mainly used as a chemical intermediate in the manufacturing process of certain dyes and pharmaceutical products and even used to develop photographs. The main effects that benzyl chloride has are mainly from inhaling this substance. It can be pretty dangerous in some cases like symptoms of severe irritation of the upper respiratory tract, skin, eyes, and mucous membranes, and lung damage along with the presence of excessive fluids in the lungs. Some studies show that exposure to benzyl chloride in high concentrations also creates impacts adversely on the central nervous system. It is equally harmful to animals as well. The Environmental Protection Agency has even declared benzyl chloride as a Group B2, which is equivalent to a human carcinogen.Reactions

Benzyl Chloride is produced by thermal or photochemical chlorination under 65-100 deg Celsius. At lower temperatures, the number of by-products produced is way higher in number. The process of adding chlorine is usually carried in such a way to reduce the chances of a high quantity of benzyl chloride that can be formed.Precautions and Preventions

As per the liquid Benzoyl Chloride Suppliers, when dealing with a toxic chemical as such that when inhaled can cause irritation and skin rashes and issues, it is always preferable to go for preventive measures that make injuries less probable. Measures like wearing proper clothing; proper gloves can always go a long way. On top of it wearing proper eye protection can even save one from any major serious issues. If any mishap happens, washing off immediately with cold water and taking medical supervision at once is the right thing to do.These were a few things to know about 50kg benzyl chloride.

This entry was posted on July, 03, 2021 at 16 : 36 pm and is filed under 50 Kg Benzoyl Chloride. You can follow any responses to this entry through the RSS 2.0 feed. You can leave a response from your own site.